They thought they knew her. No one imagined that the strange nanny who kept to herself was secretly taking hundreds of thousands of photographs. Nor would anyone believe that these photos would be found years after her death and featured in the most prestigious galleries around the world. Who would have thought that she would be considered one of the great photographers of the twentieth century? But Vivian Maier led a double life. She had no family or friends, and the children she tended all remember her as a dark, sinister figure. No one was allowed to enter her room, where she hoarded photographs, films and newspaper clippings, all stored in countless boxes. What had prevented her from exhibiting her art when she was still alive? Could it be that behind the amusing, touching street photography, so full of pathos and humanity, was a bitter, lonely woman who lost all touch with reality? This is a remarkable film about a woman who remains an unsolved mystery. 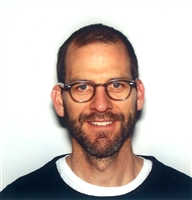 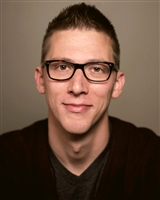 John Maloof is a filmmaker, photographer and historian. He
is also the chief curator of Vivian Maier’s work. Through the
Maloof Collection, John continues the work of preserving
Maier’s photography and making it publicly available. John
grew up on the West Side of Chicago buying and selling at
the kind of flea markets and storage lockers that led to the
discovery of Vivian’s photographs. Maloof is the author of a book on
Maier’s work, Vivian Maier: Street Photographer, and an upcoming self-portrait book.


Charlie Siskel is an Emmy-nominated television and film
producer, writer and director. His producing credits include
the Academy Award-winning film Bowling for Columbine
with Michael Moore, and Religulous with Bill Maher and
Larry Charles. In television, Siskel’s Executive Producer
credits include Tosh.0 on Comedy Central. He has worked on documentaries and
comedies for 15 years, often combining the two. Charlie was born and raised in the
North Shore suburbs where Vivian was a nanny. A former lawyer, Siskel lives in Los
Angeles.