“I thought I was a hero. I thought I was saving her life.” “It’s hard to hate the woman you sacrificed your life for.” After 30 years in a US prison, and facing 30 more, Jens Soering is trying to make sense of the events that led to his double homicide conviction. This slim, bespectacled 50-year-old was once a lovestruck young man. The son of a German diplomat and a brilliant student, he developed a complicated relationship with an enigmatic beauty whom everyone admired and secretly desired. The story of Soering and Elizabeth Haysom ended in the brutal murders of her parents. The film—based on a lengthy interview with Soering and excerpts from Haysom’s diary—tells a story of passion and manipulation that would feel at home in a fine romance novel. 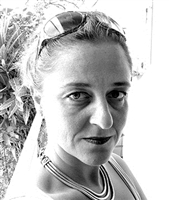 Karin Steinberger is feature editor for Sueddeutsche Zeitung (SZ), the leading broadsheet paper in Germany. Since 2001 she is working for the prestigious Page Three of the SZ. She has received several awards and is a Fellow of the German Marshall Fund of the United States.