Winner of the IDFA Award for Best Feature-Length Documentary. 70 years ago, a door had been locked in director Mila Turajlić’s childhood home. The years went by, Belgrade survived a revolution, a civil war, the separation from Yugoslavia, bombings, then a second revolution—and through all of it the door remained locked. The need to find out why, what life had been there before and what lies on the other side leads the director to intimate conversations with her mother, a scientist who chose the life of a political activist and a freedom fighter, and paid a high price for it.
Intercut with historical research and events that occur right outside her window, the increasingly complex family story becomes a personal lesson about Serbia’s turbulent past and no-less-frightening present. 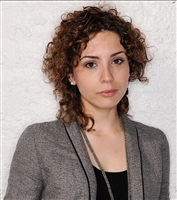 Mila Turajlic is a documentary filmmaker from Belgrade, Serbia, whose film CINEMA KOMUNISTO premiered at IDFA and the Tribeca Film Festival, and went on to win 15 awards including top prize at the Chicago Int’l Film Festival in 2011, and the FOCAL Award for Creative Use of Archival Footage.