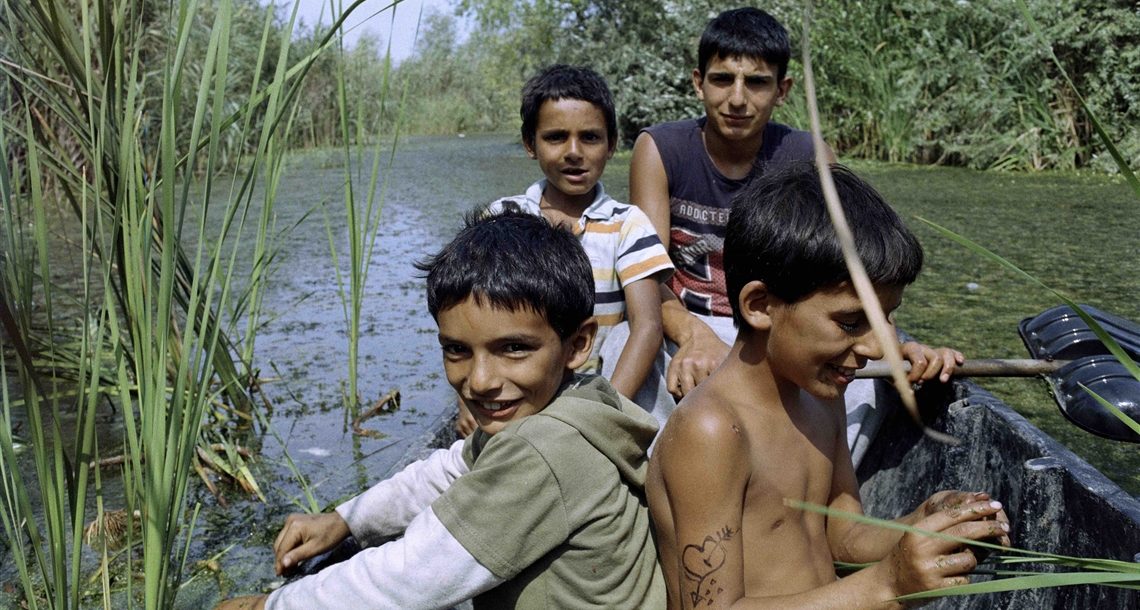 The trees, the brambles, the lakes, and the fields were home to the Enache family—a couple and their nine children—for twenty years. Now the city encroaches upon the wilderness, turning it into Europe’s largest urban park. While Bucharest officials tour the area with Prince Charles, the family is evicted from their dilapidated shack and cramped into an apartment in the city, where they must send their children to school, buy groceries (instead of fishing in the stream), wash their hair and take out the garbage.
The transition has a dramatic effect on the family’s power dynamic. The children miss their former home but soon become enchanted by culture, whereas the parents find the city just as wild as nature, perhaps more so. The film follows the family over four crisis-fraught years as they adjust and try to redefine their home.
With the support of the Romanian Cultural Institute – Tel Aviv.

In 2012, Radu co-founded the first independent media organisation in Romania - Casa Jurnalistului a community of reporters specialized in in-depth, long-form and
multimedia reporting. Since then, he has been working as a long-form writer and undercover
investigative reporter. His researches are focused on human rights, animal welfare and environmental
issues across the globe. His investigative and reporting work was published on most of the major international media organizations in the world - Channel 4 News, The Guardian, Al Jazeera, etc. - and received national and international awards. His journalistic work was acknowledged by Royal Television Society UK (2014), Amnesty International UK
(2014), Harold Wincott Awards for Business, Economic and Financial Journalism (2016), and by other international and national prestigious institutions.