This is the story of a journalistic investigation that quickly escalated into a convoluted thriller complete with intrigue, large-scale corruption, and possibly even murder.
A team of journalists in Bucharest receives privileged information: the fire that claimed dozens of lives at the Colectiv nightclub was just the tip of the iceberg—the bottom being a case of embezzlement involving astronomical sums of money and a rotten healthcare system. Defamed, harassed, and painted as public enemies, the relentless journalists follow the chain of evidence to its end, and their discoveries bring down the entire government.
Director Alexander Nanau (Toto and His Sisters, screened at Docaviv 2015) follows the journalists, the new Healthcare Minister who gets thrown into the storm, and a few of the fire’s survivors. Each has a uniquely human story of struggle, told with tender clarity.
With the support of the Romanian Cultural Institute – Tel Aviv. 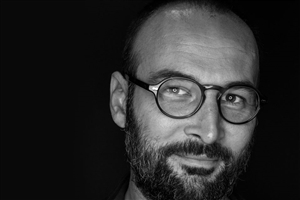 Alexander is a German-Romanian filmmaker born in Romanianwho studied directing at The Film and Television Academy Berlin (DFFB).
His documentary film, THE WORLD ACCORDING TO ION B was awarded an International Emmy Award in 2010. His feature documentary film TOTO AND HIS SISTERS was a European Academy Award nominee 2015. The film had a wide international distribution and played successfully in festivals worldwide.
Alexander served as Director of Photography for the French/German documentary NOTHINGWOOD (Sonia Kronlund) that was shot in Afghanistan and premiered in Cannes as part of La Quinzaine des Réalisateurs in 2017.
His latest feature length documentary COLLECTIVE will premiere at the Venice IFF 2019- as part of the Official Selection - Out of
Competition and is a co-production with Samsa Film (Luxembourg) and HBO Europe.