A long view of a schoolyard. The distance and the silence of the camera captures a frame in which a volleyball net is spread. Around the net the movement never ceases.
Screened as part of Shorts Competition 1: Moment 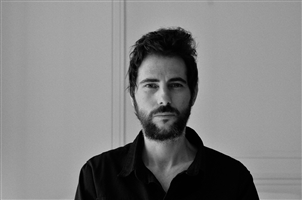 Miki Polonski is a director, screenwriter and film lecturer. His latest films" Shmama" and "1 Building and 40 People Dancing" have won awards at Locarno, Docaviv and The Israeli Documentary Film Competition. His short film "Ten Buildings Away" was selected for the Cinéfondation competition at the Cannes Film Festival. He is currently working on his debut feature film “Takotsubo” in Paris, as part of Cinéfondation Residence of Festival de Cannes, 2020.