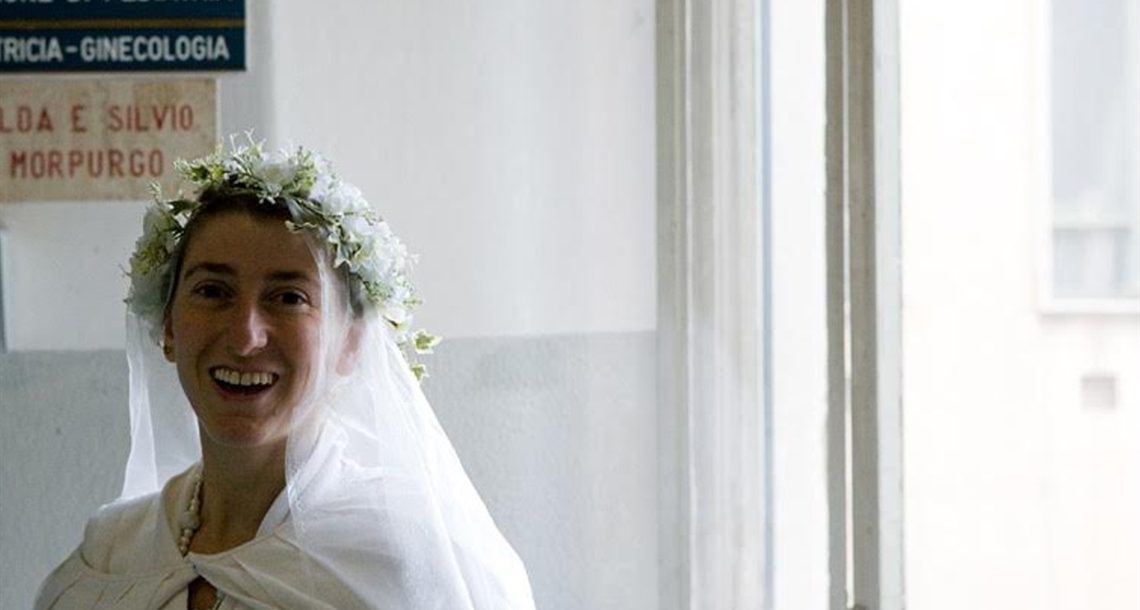 Pippa Bacca believed in people. When she hitchhiked all the way from her home in Milan to Jerusalem—crossing 11 war-ridden countries while wearing a wedding dress—her vision was to make a powerful piece of performance art about renewal and peace.
But when she reached Turkey, her journey came to an abrupt, tragic end.
Pippa Bacca (feminist Italian artist Giuseppina Pasqualino di Marineo) grew up in an unusual home: her mother raised five daughters on her own and hitchhiked with them across Europe, sending the girls off in separate cars. Her path as an artist was shaped by the values she had learned at home: feminism, humanism, and openness.
The film tells her story using her memories, her art, and the inspiring photographs of her journey for peace, the last journey she ever took.
With the support of the Italian Institute of Culture.

Born in Italy in 1978, Simone Manetti is a film director and an editor. His editing debuts are with LA PRIMA COSA BELLA by Paolo Virzi.
He works as a photographer for "Rolling Stone", "Vanity Fair" and others.
In 2014, he directs A NEW FAMILY, his first short documentary, travelling around international festivals when the same year, his first feature doc comes out, GOODBYE DARLING, I'M OFF TO FIGHT. The latter was released in Italian cinemas in 2017