Neta Elkayam and Amit Haï Cohen are the products of a cultural duality so very common among Israeli artists: the need to maintain a quintessentially Israeli facade, and the deep yearning to reconnect with their foreign roots and family traditions. Elkayam and Cohen make, mix, study and perform traditional Moroccan music, the kind their grandmothers used to sing, the kind they hear every time they go to Morocco to find more fragments of their identity.
Director Kamal Hachkar follows the couple as they embark on an intense musical journey through Morocco in an attempt to trace their roots. They meet musicians, government officials, former neighbors, and children in the remote reaches of the country, wondering what it would take to mend their fragmented identities.
Nominated to the Beyond the Screen Award

Across the Universe Beyond the Screen Award Faith, Tradition and Heritage Music Spirituality and Self Realization 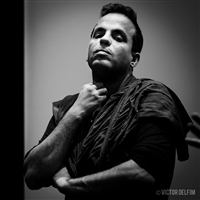 Kamal Hachkar is a French-Moroccan independent filmmaker. Born in Morocco, he left his native land with his mother at the age of 6 months to join his father who had immigrated to France. His childhood was punctuated by the frequent relocations of his laborer father which engendered empathy feelings for the uprooted. Hachkar holds an MA in history from Sorbonne University and later becomes a history teacher. In 2012, he released his feature documentary Tinghir Jerusalem: Echos from the Mellah; this film has been selected at several international film festivals across the world winning numerous awards and stirring a fruitful national debate in Morocco over the plurality of identity.