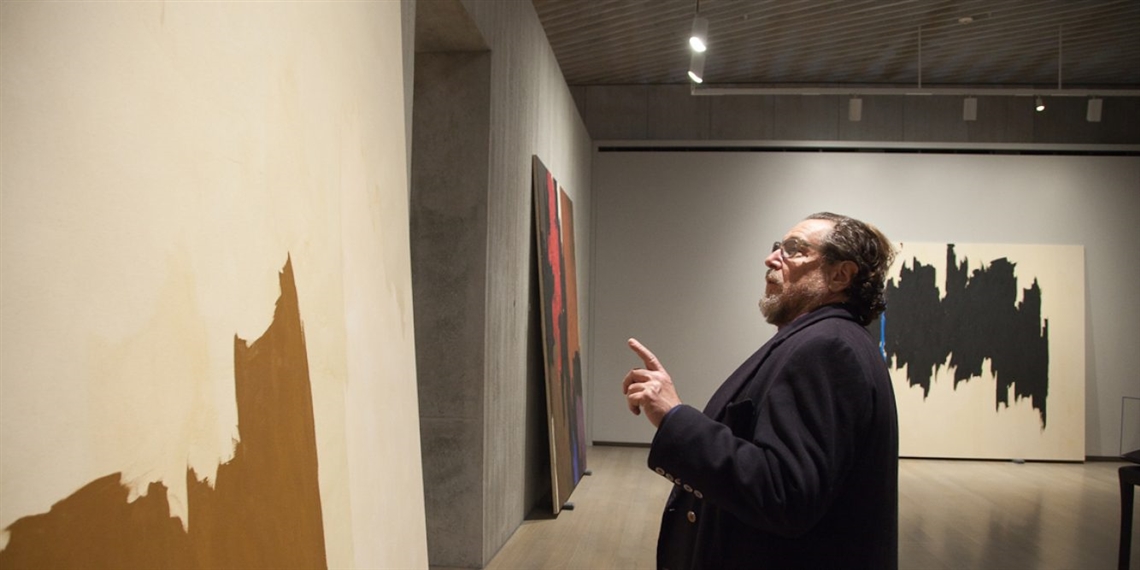 They said he looked like God and painted like him too, but Clyfford Still would likely do little more than scoff at such praise. One of the most prominent American abstract expressionists, Still never bothered to mingle with the in-crowd, preferring to throw himself into his work. He also refused to sell most of his paintings—priced at extraordinary sums—and whenever he did sell one, he quickly painted a copy so as not to hurt the collection. He left his entire body of work, hundreds of paintings, to “a city that would build a museum for them.”
In this film, Still’s portrait is painted with two brushes: painters, critics and collectors describe an uncompromising master artist, while Still’s daughters describe a father who filled their childhood with excitement. Recently discovered recordings add a third angle, narrated in Still’s own voice. 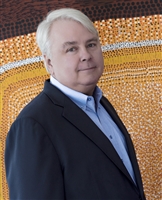 Dennis Scholl is an award-winning documentary filmmaker focusing on arts and culture. His interview subjects have included Robert Redford, Frank Gehry, Wynton Marsalis, Ai Wei Wei and Theaster Gates. He is co-director of the feature documentary The Last Resort, which won the Miami Jewish Film Festival Audience Award, received a national theatrical release and is currently available on Netflix. He coproduced
and directed his first feature documentary, Deep City: The Birth of the Miami Sound, with Marlon
Johnson and Chad Tingle.The film premiered at the SXSW International Film Festival, screened at
film festivals all over the world and was acquired by public broadcast station, WLRN, for international distribution. His second feature documentary, Queen of Thursdays, which he co-wrote and produced with noted Cuban filmmaker Orlando Rojas, had its world premiere at the Miami International Film Festival and
was named Best Documentary. He has also produced and directed Symphony in D, the story of America’s first crowd sourced symphony
which was performed by the Detroit Symphony Orchestra. He co-produced Sweet Dillard, about the national champion Dillard High School jazz orchestra and their journey to the Essentially Ellington competition at Jazz at Lincoln Center. His latest film Singular on Grammy Award-winning jazz singer Cecile McLorin Salvant premiered at the 2019 Miami International Film Festival. He has received 13 regional Emmys from the National Academy of Television Arts and Science, all for documentaries on art
and artists. He is the executive producer of a dozen films with the Miami-based Borscht Film Collective, including six short films that debuted at the Sundance Film Festival and Yearbook, the winner of the 2014 Animated Short category at Sundance. Most recently, he helped produce the animated short, The Sun Like a Big
Dark Animal, which premiered at Sundance, along with Glove, which also premiered at Sundance and won Best Animated Short at SXSW. He also produced the experimental film Hearts of Palm and was executive
producer of Namour. His short film, Sunday’s Best, won Best Documentary Short at the South Dakota Film Festival. His film, Dancing with the Trees, won the Audience Choice Award at the Magnolia Film Festival. Most recently, his
film, Everyone has a Place, about Wynton Marsalis’ Abyssinian Mass concert tour was named Best Documentary Short at the Capital Cities Black Film Festival and is currently screening on public television
stations across America. He and his wife, Debra, received the National Service to the Arts award from the Anderson Ranch Arts Center. Dennis is the President and CEO of Oolite Arts (formerly ArtCenter/South Florida).