Oliver Sacks was probably the only neurologist to have ever attained superstar status. He became famous for his bestseller Awakenings (later a film starring Robin Williams and Robert De Niro), where he documented his groundbreaking treatment of long-term patients in a mental ward.
Speaking with great sincerity and sensitivity shortly after receiving a diagnosis of terminal cancer at the age of 82, Sacks shared the patients’ fascinating stories, as well as his own tale—including how, as soon as he graduated from Oxford, he got on his motorcycle and drove as far away from London as he could (where, at the time, he could not live openly as a gay man), and from his semi-dysfunctional traditionalist Jewish family. This film reveals the warm, vulnerable, almost fragile, and surprisingly sincere man behind the impressive career. 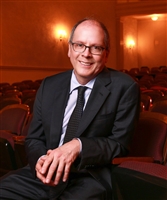 Ric Burns is a documentary filmmaker and writer, best known for his eight-part, 17-hour series New York: A Documentary Film, which premiered nationally on PBS to critical acclaim (1999, 2001, 2003). Burns has been writing, directing and producing historical documentaries for over 25 years, since his collaboration on the PBS series The Civil War (1990), which he produced with his brother Ken and co-wrote with Geoffrey Ward. Since founding Steeplechase in 1989, he has directed many films of note for PBS including Coney Island (1991), The Donner Party (1992), The Way West (1995), Ansel Adams (2002), Eugene O’Neill, Andy Warhol (2006), Into the Deep: America, Whaling & the World (2010), Death and the Civil War (2013), American Ballet Theatre: A History (2015), Debt of Honor: Disabled Veterans in American History (2015), The Pilgrims (2015), VA: The Human Cost of War (2017), and The Chinese Exclusion Act (2018). His work has won numerous film and television awards including six Emmy awards, three Alfred I. DuPont-Columbia Journalism awards, two George Foster Peabody Awards, two Organization of American Historians’ Erick Barnouw prizes, three Writers Guild of America Awards for Outstanding Individual Achievement in a Craft: Writing, and the D.W. Griffith Award of the National Board of Review. Burns was educated at Columbia University and Cambridge University. He lives in New York City with his wife and two sons.