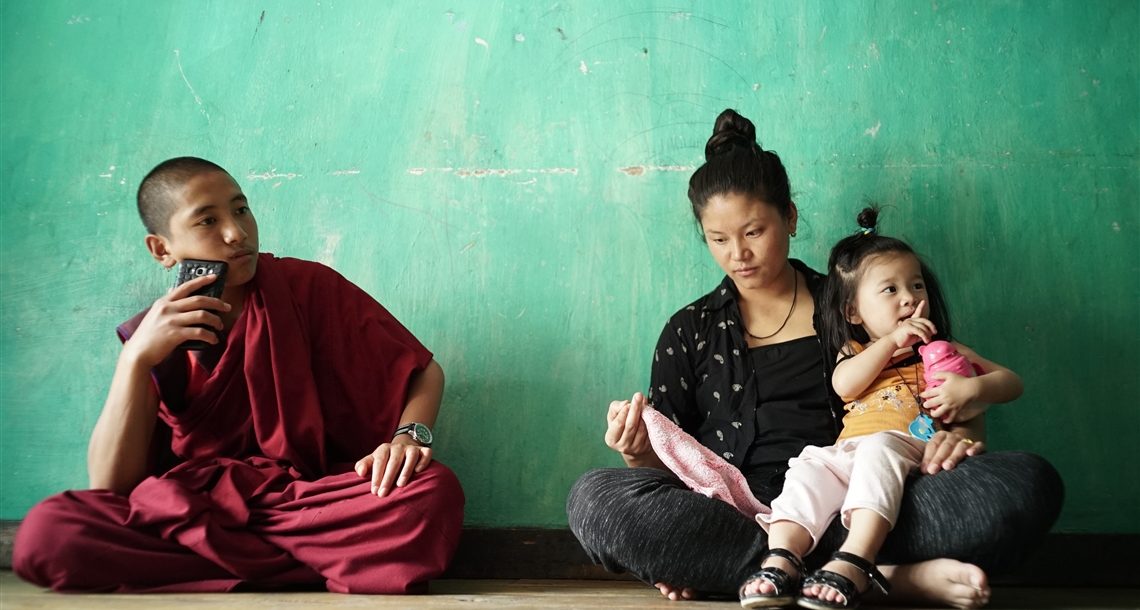 The serene daily rituals of a picturesque monastery deep in the mountains of Bhutan could have continued undisturbed for centuries more, had it not been introduced to television, and then the internet. Now screens have taken the place of prayers as the objects of the young monks’ devotion.
The monks find the lure of the screen very hard to resist. One of them, Peyangki (the subject of Happiness, filmed a decade ago by the same director), falls in love with a young singer he met online and decides to leave the monastery.
His decision is not made lightly and has far-reaching consequences for his friends and teachers. They all have to reassess the boundary between the old world and the new, between the virtual and the real. Does choosing one necessitate abandoning the other?

Thomas Balmès (Director; Producer; Cinematographer) has been working as an
independent director and producer of influential nonfiction films since 1992.
His film Babies surveys one year in the life of four babies — in Mongolia, Namibia, San Francisco, and Tokyo — and was released theatrically worldwide in 2010 to much success. His next film Happiness was made in Bhutan, and introduced audiences to Peyangki and his village of Laya. Happiness premiered at the 2014 Sundance Film Festival, where it won the Documentary World Cinema Cinematography Award.
His initial projects included studies of filmmakers James Ivory and Michelangelo Antonioni. Mr. Balmès’ first film as director was Bosnia Hotel, about U.N. Kenyan peacekeepers in Bosnia. This was followed by Maharajah Burger, Mad Cows, and Holy Cows; the latter took up the Indian perspective on the mad cow crisis. His The Gospel According to the Papuans, following the conversion to Christianity of a Papuan Chief, was honored with the Silver Spire Award at the 2000 San Francisco International Film Festival; he would return to Papua for Waiting for Jesus.
Mr. Balmès’ 2004 feature A Decent Factory centered on a Nokia executive who inspects a mobile phone factory in China and was screened at more than 50 film festivals and received honors including a Europa Award. He next directed Damages, a.k.a. How Much Is Your Life Worth?, filmed at a Connecticut law firm specializing in personal injury, for worldwide broadcast. He initiated a series for national Japanese television (NHK), Tokyo Modern. Mr. Balmès has conducted lectures and master classes in France; and abroad.