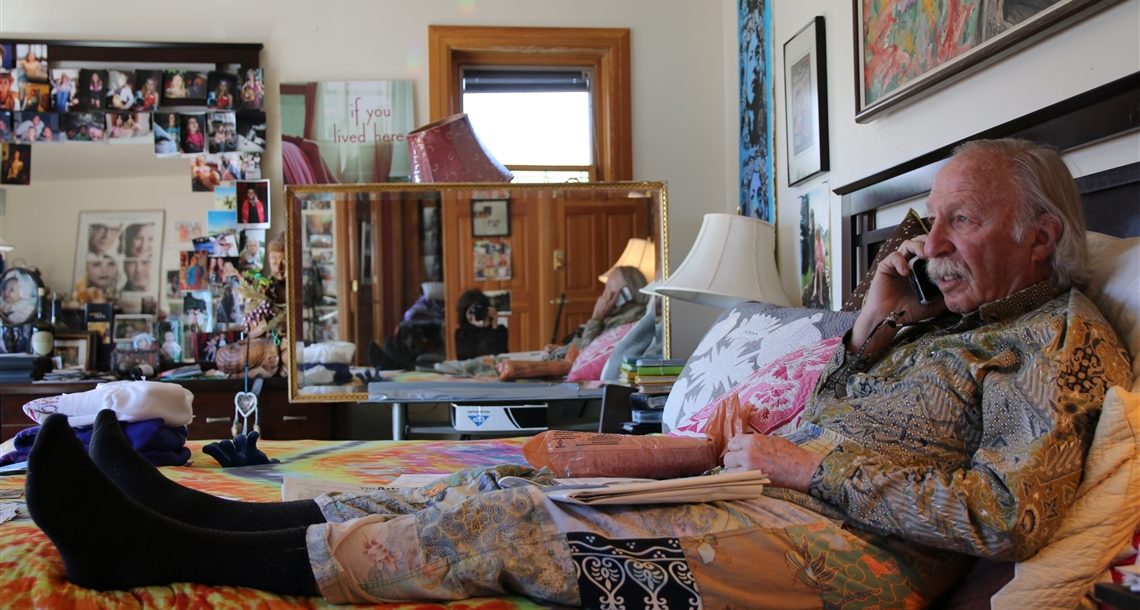 A Conversation with Lynne Sachs, director of Film About a Father Who… and States of Unbelonging, with co-author
Nir Zats, moderated by Dr. Laliv Melamed

Lynne Sachs has been making films for over thirty years. Her work is investigative, lyrical, sensitive, and intimate, and her films raise questions about language, narrative techniques, and the cinematic practice itself. Sachs delegates the storytelling work to her subjects—from illegal workers to her own family—letting them negotiate with her camera. Two of her films are screened at this year’s Docaviv: Film about a Father Who and States of Unbelonging. Both film take the viewers on a journey of discovery, but the roads fork many times over and do not lead to definite answers. The discovery, if it exists at all, isn’t always a solution or a revelation, and the journey is internal and external at the same time.

Sachs’ most recent film, Film about a Father Who, is the culmination of thirty years of documentary work—a period as long as her entire professional career. The film’s focus is on her father, Ira Sachs. Sachs Senior is a colorful and licentious type, and his daughter takes his character apart and puts it back together again through the testimonies of his mother, his wives, and his many children, scattered across considerable distances. The film, much like its title, is an unfinished sentence. “This is not a portrait,” she tells us. It is a space she crafts meticulously and laboriously, unraveling and weaving threads with anger and forgiveness, affection and aversion for a father who (…).

In States of Unbelonging (2005), Sachs follows the trail of Revital Ohayon, a film teacher from Metzer, a Kibbutz near the West Bank, who was murdered by a terrorist along with her two children. Having learned about the incident from a newspaper article, Sachs becomes determined to understand this woman, who was as close to her as she was far away. She does this through letters and footage obtained by Nir Zats, an Israeli filmmaker and friend. Driven by an imagined affinity between her and Ohayon, Sachs tries to figure out her relationship with Israel, a torn, wounded nation. “As a documentary filmmaker, I am always reckoning with what it means to shoot from the outside in,” she says. The two films move simultaneously inward and outward, cutting through layers of language, meaning, and identity.

For tickets and more details about the films:

Lynne Sachs never met Revital Ohayon, an Israeli filmmaker murdered by a terrorist along with her children. Driven by a news article and working from a great distance, Sachs pieces together the portrait of a woman who was much like her—but lived in a starkly different reality.

Film About a Father Who

The father of filmmaker Lynne Sachs was a chatty, colorful bon vivant, but the important parts of his life were always a secret. In her attempt to solve the mystery of this man, Sachs talks to his nine children, three wives, and mother, and delves into 35 years of footage.