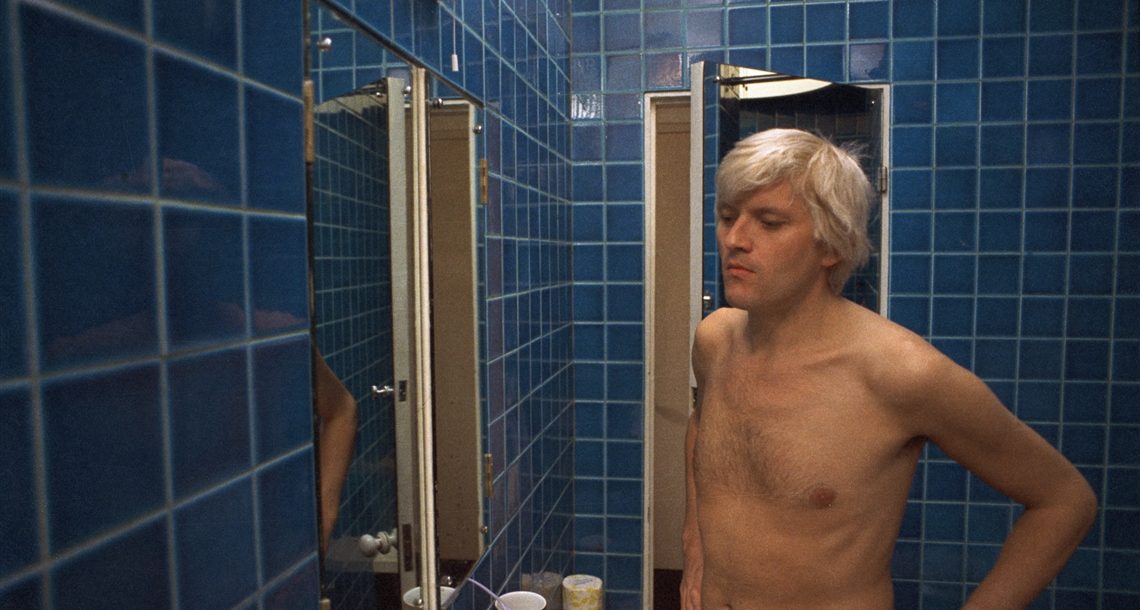 Born in Manchester on 31 March 1939 to Jewish Syrian parents attracted to the flourishing textile trade, Hazan moved to California in the late 1950s to study Motion Picture Arts at UCLA. Returning to the UK in the early 1960s, he joined the BBC Film Department as an assistant cameraman, leaving in 1967 to form a partnership of technicians, Solus Enterprises, and worked as cinematographer on television documentaries. By the end of the 60s he had directed two shorts, Grant North (1969), about the nature painter and sculptor Keith Grant, and Especially at My Time of Life (1969), about four artists then working at Camden Studios. In 1970, his partner David Mingay showed him the David Hockney retrospective catalogue and its double portraits revealed to him the possibilities of juxtaposing real life and art. Hazan contacted the artist, showed him his short films and had his proposed collaboration immediately turned down. Nevertheless, for the next four years, Hazan, often working alone, would film Hockney and his entourage with his personal 35mm Cameflex, on-call, using short ends of film donated by friendly assistants and backed up by the in-house Solus partners.