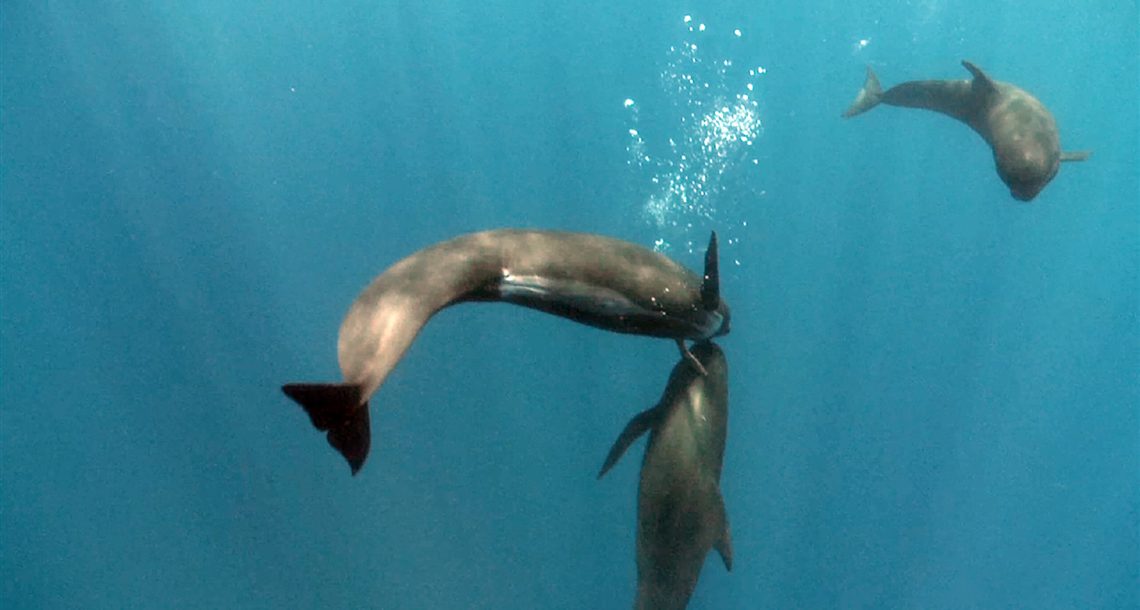 A Taste of Whale

“If you didn’t kill the animal, you have no right to eat its meat”—so goes the saying among the Danish Faroe Islanders, who keep hunting whales and preparing their delicacies from their meat, as did their ancestors before them. The hunt, locally known as the “Grind,” has ritual significance, with whales once being the islanders’ primary source of sustenance. Now, they denounce the demands to stop hunting whales as hypocritical because the industrialized slaughterhouses of the meat industry are neither more civilized nor more eco-friendly. Director Vincent Kelner gives room to the arguments for and against whale hunting (identity and tradition versus terrible cruelty) and lets the viewers form their own opinions, although the fate of the whales might be decided not by a moral debate, but by the threat of marine pollution.

Across the Universe Animals Beyond the Screen Competition Eco-docu Faith, Tradition and Heritage Human/Nature International Films

As journalist and DOP, Vincent Kelner has worked for TV productions in France and around the world over the last 20 years. A TASTE OF WHALE is the second documentary feature he has written and directed.