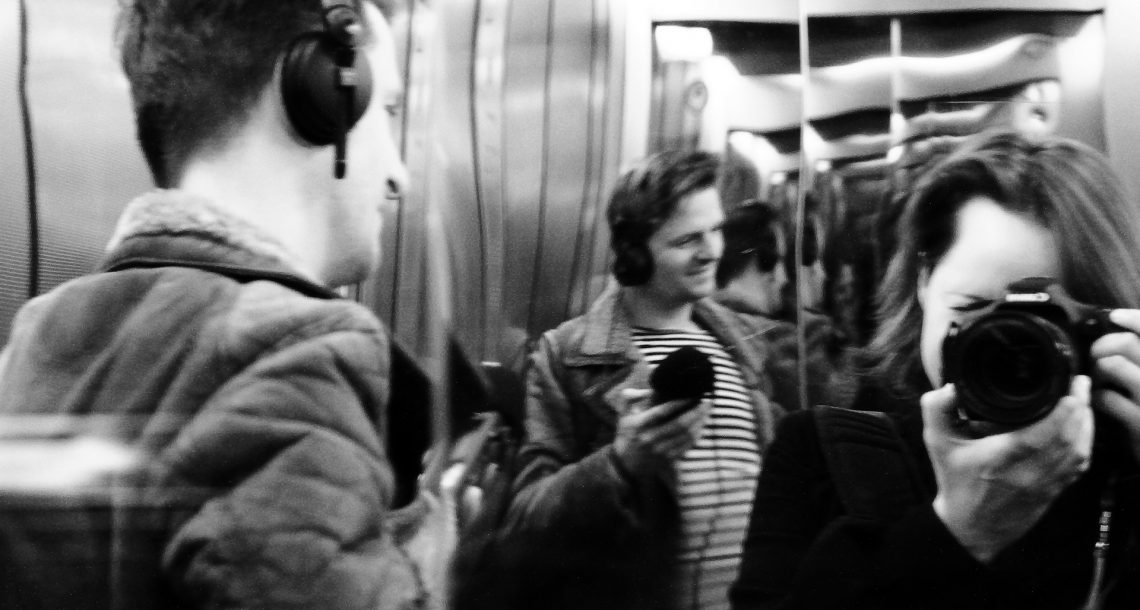 It’s not easy to be in an close relationship with a man whose job requires him to wear different personas. How does one become truly close with someone who tries to erase himself so he can perfectly portray a character? When filmmaker Katharina Pethke met renowned Austrian stage actor Philipp Hochmair, she tried to find ways through the actor’s shell, to see him bare, find the immutable core, the part that remains the same on and off the stage. The star of the play Jedermann (“Everyman”) sweeps Pethke off her feet with the force of his charisma. Their relationship is deceptive: closeness often turns into anger, and intimacy into confusion. She translates her attempt to figure out which man stands before her at each moment into a personal relationship journal which, filmed in lyrical black and white, oscillates between reality and fiction.

Katharina Pethke studied German language and literature, art history and visual communication in Hamburg before moving to the Academy of Media Arts in Cologne in 2003, where she graduated in 2010. Her films won numerous prizes, awards, artist-in-residencies and scholarships.