A few weeks before the opening of the Eichmann trial, transcripts of recorded conversations that Adolf Eichmann had with a Dutch Nazi journalist, Willem Sassen, were mysteriously handed over to prosecutor Gideon Hausner. The conversations were held a few years before Eichmann was brought to Israel by the Mossad. During the trial, Eichmann tried to convince that he was only a bureaucrat who carried out orders, but in the transcripts, Eichmann was found boasting and proud of his significant role in planning and executing the Final Solution. For the first time, we will confront Eichmann with himself in full color, revealing the hidden factors and motives that succeeded in hiding these recordings. 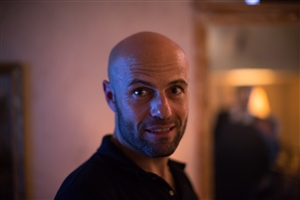 Yariv Mozer is a member of the Board of the Israeli Film Academy and member of the EFA.
A graduate of TAU BFA with honors in the Department of Film and Television.
Winner of the Ophir Award for Best Documentary for Ben-Gurion, Epilogue (Israel, France, Germany 2016). Winner of Doc-Aviv 2008, 2012 commendation.