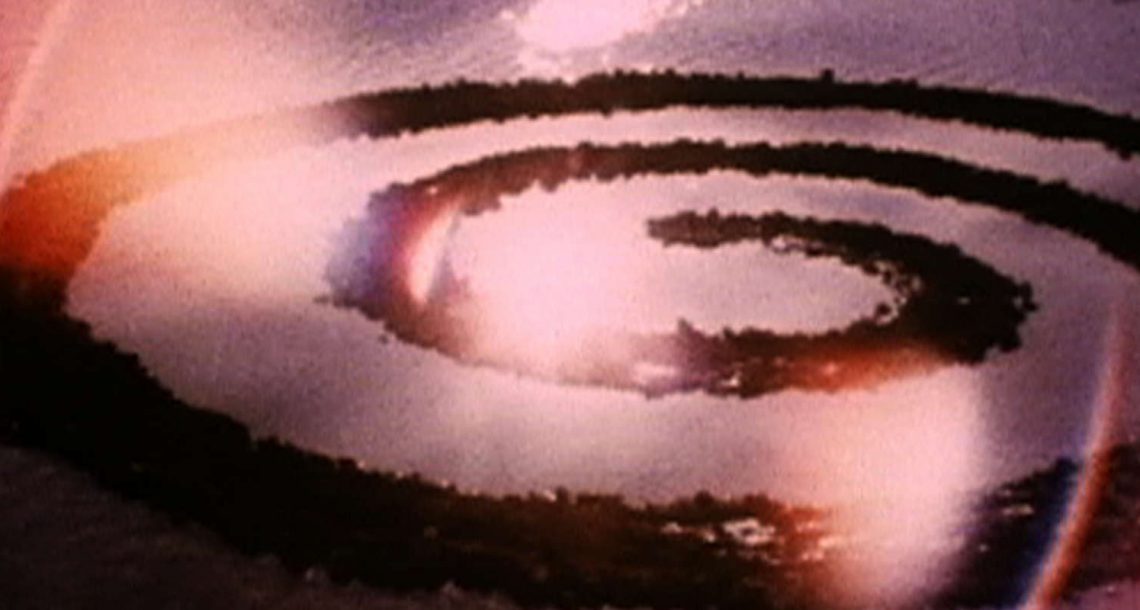 Robert Smithson (1938-1973), one of the greatest American artists of the 20th century, broke into the American art scene in the late 1960s and early 1970s with his earthworks—especially his monumental piece Spiral Jetty (1970). Jutting from the shore of the Great Salt Lake in Utah, this piece illustrates the entropic decline in nature, the spiraling movement of New Jersey’s asphalt roads, and the concept of abandonment. Smithson’s film Spiral Jetty, which tells the story of this iconic earthwork, will play in Israel for the first time, along with Swamp, and Mono Lake, in which Smithson and two other young American artists walk through the swamps, salt lakes, and industrial waste of America. Smithson died in 1973, in a plane crash over the site of his Texas earthwork. This film, in itself an artwork using the cinematic medium, explores Smithson’s most iconic piece, Spiral Jetty. Located on the shore of the Great Salt Lake in Utah, the great earthwork illustrates entropic processes of decline, degradation, and reemergence. This is the film’s first museum screening in Israel. Three young American artists—Robert Smithson, Nancy Holt, and Michael Heizer—wander about, film, and smoke as they explore Mono Lake, one of America’s oldest lakes. The road trip is set against voiceovers by Smithson—as he takes earth from the volcanic rocks on the lakeshore—and Heizer, who, at the time, was working on his own great earthwork, Double Negative. Six minutes of Robert Smithson walking through a marsh that survived the urbanization of New Jersey’s industrial area, where he grew up. Smithson guides his wife, Nancy Holt, as she chaotically captures her movements through a dense maze of reeds that gradually obscures her gaze and takes over the frame.

The screening is held in collaboration with the Tel Aviv Museum of Art and Yael Bergstein, Aspis