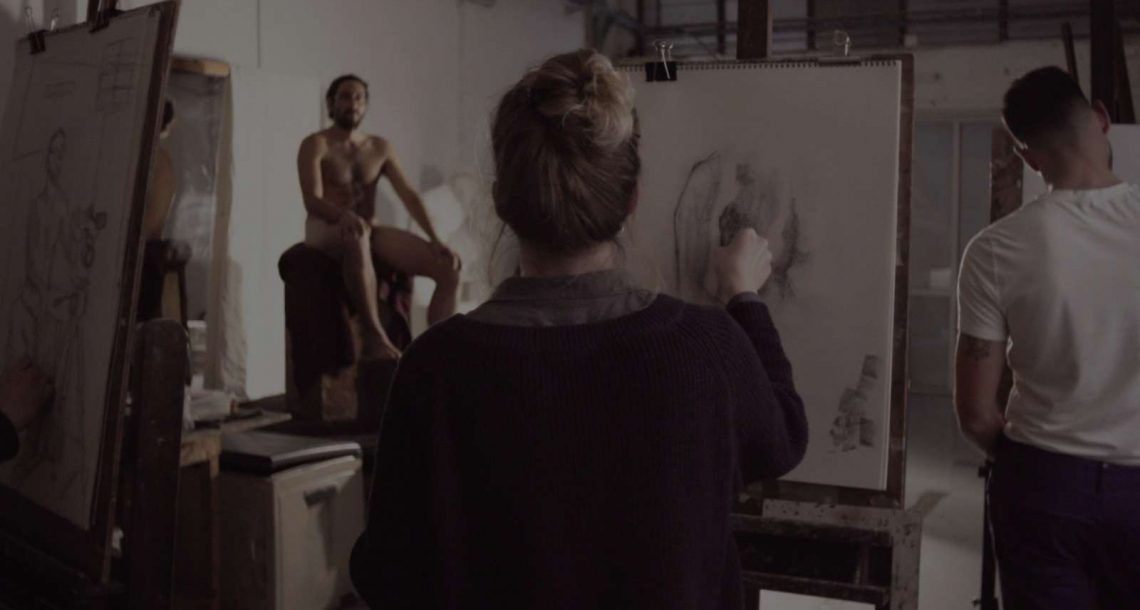 11 new docs are ready to roll!

Image from “In Our House”
Register

The films are shown in alphabetical order. The program is subject to change

This film traces the portrait of two lonely immigrants who met by chance in Israel and found a home in each other. Lior's devotion to Fortuna and her willingness to give him a home are both put to the test when he considers the possibility of becoming a parent. I met Lior when I was a film student at Ma'ale. He was a year above me. After school, he worked as a janitor. I want to use the story of his relationship with Fortuna to raise questions about sacrifice, dependence, and getting self-fulfillment even when we've been dealt a bad hand.

Between Your Love and Mine

26-year-old Eliya is living with the after-effects of being sexually abused as a child. Her trauma affects her personal life and her career path as an artist. The film follows her as she learns to accept her identity as a sexual assault survivor, on her way toward finding a voice and telling her own story. Eliya and I met three years ago and became good friends. When we discovered the past we were both living with and the obstacles we were facing, we decided to make a film about our unwillingly shared fate.

Although he was one of the pioneers of Israeli rock 'n' roll, very few have heard of Babar Vaknin. Today, in his sixties, as he tries to find his place in our ever-changing reality, he sets out to recreate Bereshit, his iconic '70s band. It's easy to think of his journey as a quest for long-lost glory, but it's actually a wholly different kind of story. I was curious about the puzzling combination of his Peter-Pan-like behavior and his painful past. As I delved deeper into the project, his youthful optimism showed me that it doesn't matter what life has to offer you—the key is to keep on living.

In The Middle of the Ocean

The film follows Carmel, Head of Security on a cruise ship docked just outside the port of Salvador da Bahia in South America. Carmel was one of 73 staff members who stayed aboard the ship during the COVID-19 pandemic, unable to go ashore, not knowing when they would be allowed to come home. Carmel and I have been friends since our military service. She has been working ship security for some years now. When the pandemic hit, we decided to make a film together about her stay on the quarantined ship. Filming has helped keep Carmel busy and given her focus at a chaotic time she will never forget.

Five polyamorous people choose to live in a domestic partnership. To do so, they must defy social norms and forge their own unique path. This is their story. The film follows the protagonists with a compassionately curious gaze, exploring their day-to-day lives and the complexity of their life choices. Their courage to stray from the norm and their uniquely colorful personalities drew me in, their mystique surrounding them like a halo. Yet, at the same time, their risqué characters evoked fear. I was afraid because they were not like me.

A daughter meets the girl her mother used to be and the woman she is today. A young filmmaker follows her mother, a stage actress, on her way to fulfill her dream: staging a play about her childhood memories of staying in the Children's House in the Kibbutz. An exploration of mother-daughter relationships, this intimate bonding journey weighs two basic human needs against each other: the need for self-fulfillment and the need for a mother. When I was a child, my mom stopped auditioning. She was caught in a fruitless battle as she struggled to find self-fulfillment in the harsh reality of being an actress. It was hard to see her give up on her dream. But she never really stopped dreaming.

In an impossible encounter between the filmmaker and her past selves, she tries to confront who she used to be. The camera is an active participant in the writing of this film. It moves from character to character, simulating a stream of consciousness. The inner conflict is brought to life in a consciousness-reconstruction performance with miniatures crafted from different materials. This film is my attempt to face who I once was, understand, delve deeper, and close the time gaps. I wanted to see beyond this young woman's racism and internalized homophobia, which only grew the deeper she—I—went into the closet.

Michal (45), a professional tour guide, receives a devastating diagnosis: ALS. With her whole body paralyzed, she tries to live out her final months to the fullest. As she prepares her family for her passing, she fears that her six-year-old son, Nave, will never remember her as a functioning mother. The first time I went to meet Michal, I knew that the moment the door opened, I would enter a world of complicated emotional dilemmas. The door opened, and I came in. There she stood, in the middle of her living room, welcoming me with her smile. This young, red-cheeked woman.

Ron, the filmmaker's father, was abandoned at birth and lived in the hospital until he was 7. At 55, he decided to uncover the truth his Haredi biological family had hidden from him. The film follows him as he copes with being ostracized and rejected, and nonetheless insists on trying to accept, forgive, find a family. As my father searches for answers and tries to uncover the secret kept from him since childhood, I embark on a search of my own. I will get to know my dad—really get to know him. There was always an aura of mystery surrounding dad's family—something that wasn't talked about, ever.

Bezalel Academy of Arts and Design, Department of Screen-Based Arts

Hidden in Tel Aviv's Central Bus Station is the Yung Yiddish museum. Mandy, the founder of this cultural center, is on a mission to preserve the Yiddish language and culture abandoned by European Jews as they immigrated to Israel. A play based on Isaac Bashevis Singer's novel Shosha brings to the surface the complex issues surrounding the presence of Yiddish in Israel. As two former Yeshiva students in a complicated relationship with our parents, we found ourselves captivated by Mandy and could relate to his perspective. Much like him, we embody the tension between parallel cultures: the modern-day Western culture and Jewish religious culture.

26-year-old Ella is hearing-impaired, but she grew up among hearing people. Now, for the first time, she is about to start learning sign language to find her place in the world. My hearing isn't intact, but I'm not deaf either. I often felt like I didn't belong, like there wasn't anyone else who heard the world like I did. I hid my hearing aid for years. I hope this journey helps me accept myself the way I am.

Ma'aleh School of Television, Film and the Arts