What could be more daring (or scarier) than letting a computer compose your music for you? Constantly on the lookout for ways to reinvent themselves since 2002, American dance-pop group YACHT has entrusted the task of creating its new album to an artificial intelligence in hopes of producing something completely different—a brand new musical experience. True to their name (an acronym for Young Americans Challenging High Technology), the three musicians watch in awe as the software absorbs their discography—hundreds of hours of music—and creates new songs based on what it has learned. Will the AI turn out to be just as creative as the trio, or is there something in their old songs that a computer cannot reproduce? Is this art? And if so, how are humans better than machines? 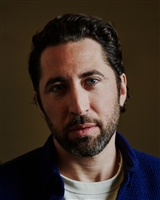 Riel Roch-Decter is a Canadian born, Los Angeles based producer and the Projects Director and co-founder of MEMORY. Prior to co-founding MEMORY, Riel produced THE WAIT written & directed by M Blash and starring Jena Malone and Chloë Sevigny. Riel graduated from Concordia University with a Major in Economics and attended programs at the Harvard Business School, NYU SCPS, and the London School of Economics for Management and Entrepreneurship.

Sebastian Pardo is a filmmaker and designer who is the creative director and co-founder of MEMORY. Sebastian began his career producing commercials and music-videos, before producing Gia Coppola’s debut feature PALO ALTO. As a designer Sebastian has designed titles and graphic identities for filmmakers Ana Lily Amirpour, Kahlil Joseph, Antonio Campos, Sean Durkin and Barry Jenkins as well as for HBO’s ”Room 104” amongst others.