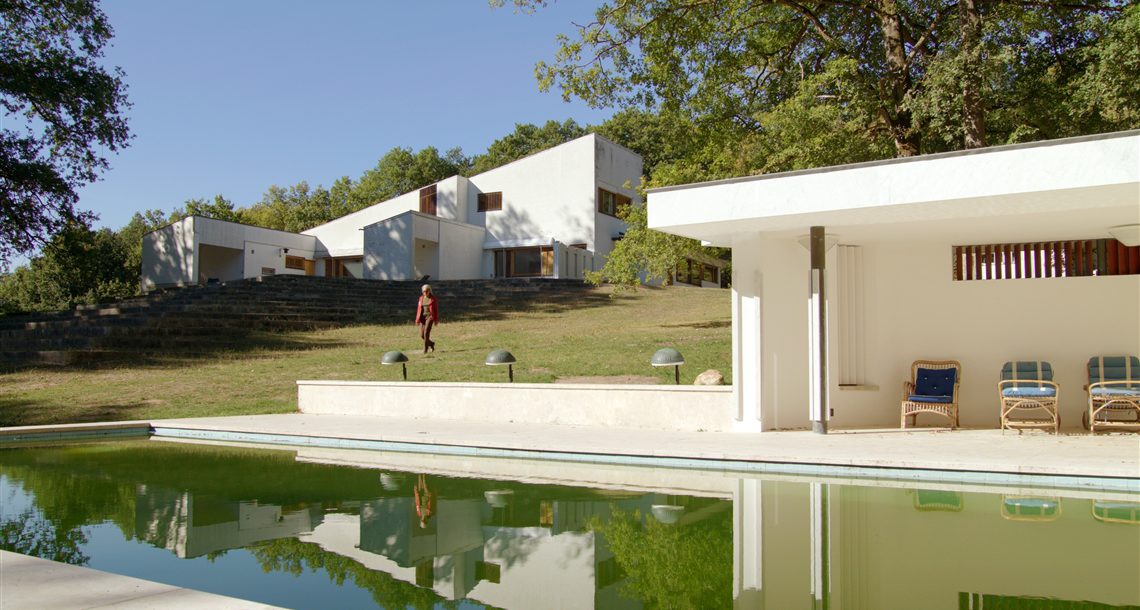 A prophet? A modernist visionary? An opportunist (in the best sense of the word)? A dinosaur? A romantic? Alvar Aalto—one of the great masters of 20th-century architecture—was all of these. He was also a gifted storyteller, and the buildings he designed were his medium. This film tells his life story through a personal lens: his loving relationship with his wife and work partner, Aino, who shared his artistic vision, and his second marriage, to Elissa—who also took part in his creative process. Through personal anecdotes, romantic letters, and interviews with the greatest architects of his generation (from Le Corbusier to Lloyd Wright), the film revisits the buildings Aalto designed with his wives—a church in Italy, an opera house in Finland, a library in Russia, a community center in Germany—all bearing the mark of a singular creative style.

Virpi Suutari is an awarded filmmaker known for her personal cinematic style and emotional narratives. Her films have been shown all over the world. The Idle Ones (2002) was nominated for the Best European Documentary (EFA) and she has received several awards as the Best Nordic Documentary. Her latest film, Entrepreneur, was in the Masters selection at IDFA 2018. Virpi has received the national Jussi
Award (the Finnish Oscars) three times. She is working with the top film professionals, among them editor Jussi Rautaniemi, who has edited internationally acclaimed films such as The happiest day in the life of Olli Mäki (Un certain regard - prize Cannes 2016).