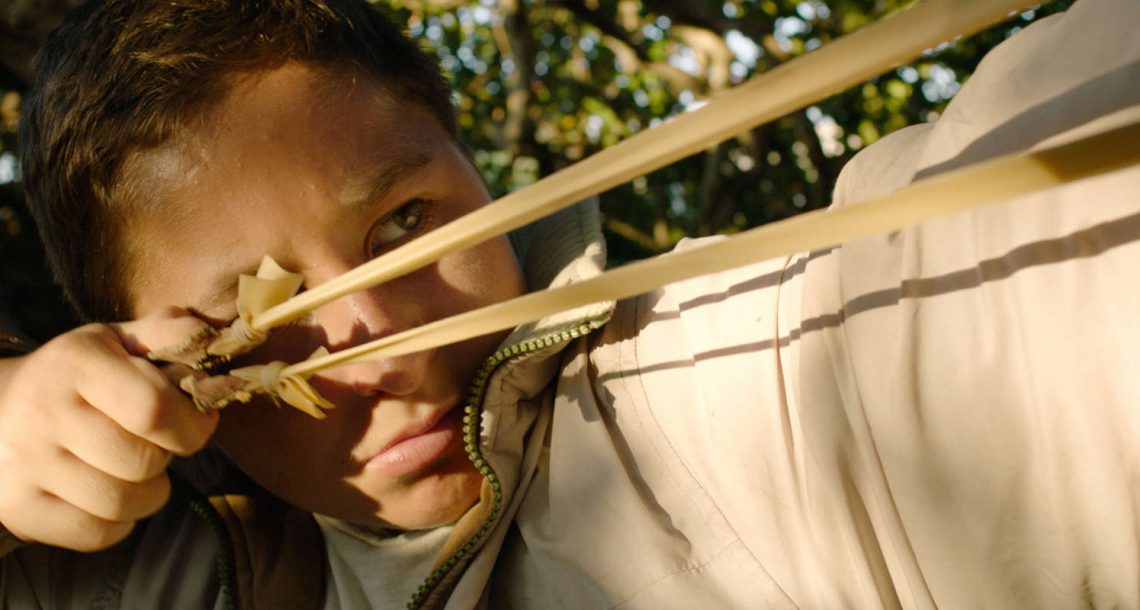 Gianfranco Rosi’s cinema is a years-long poetic odyssey into a blood-soaked reality. Whether visiting war zones in the Middle East, travelling to the Sicilian island of Lampedusa in the midst of the European migrant crisis, or sitting in a hotel room while a Mexican hitman confesses his sins, Rosi’s gaze does not shy away from reality, and at the same time transforms it into something else—something unfamiliar. His humanistic perspective exposes the human core and puts it front and center as he seeks to understand how others experience the world. Watching his films is always an intense emotional experience where indifference and denial are rapidly replaced with empathy and compassion. In a career spanning nearly three decades, Rosi has completed six feature films, four of which we will screen in this mini-retrospective. Although the filmmaker’s presence in them is minimal, these films are more than just Cinéma Vérité. Rosi travels and works alone, looking for just the right distance from his subjects to create a minimalist-yet-carefully crafted mise-en-scène. There is no clear line between documentary and fiction in Rosi’s cinema; His poignant outlook on reality is painstakingly polished to create a distinct aesthetic. In each of his films, a cinematic truth emerges after the journalist’s job is done. In this, Rosi’s work redefines documentary cinema.

Gianfranco Rosi, born in Asmara, in Eritrea, with Italian and American nationality, after attending university in Italy, moves to New York and graduates from the New York University Film School in 1985. Following a journey to India in 1993, he produces and directs Boatman, about a boatman on the banks of the Ganges, which he shows with success at various international festivals including the Sundance Film Festival, the Locarno Film Festival, and the Toronto International Film Festival. After the short film Afterwords, that was shown at the 57th Venice International film Festival, in 2008 in Slab City, California, he shoots the documentary Below Sea Level about community of homeless people who live on a desert plain 40 meters below sea level: the film wins Best Film in the Horizons section of the Venice International Festival and at Doc/It. It also takes the Grand Prix, the Prix des Jeunes al Cinéma du Réel, the prize for best film at the One World Film Festival in Prague, the Vittorio De Seta Prize at Bif&st 2009 and is nominated for Best Documentary at the European Film Awards 2009. In 2010 he shoots El Sicario – Room 164, a film interview from a story by Charles Bowden about a hitman on the run from Mexican drug cartels. The film wins the Fipresci Award at the Venezia Film International Festival, the Doc/It prize for Best Documentary of the Year, Best Film at DocLisboa in 2010 and at Doc Aviv in 2011.
In 2013 he wins the Golden Lion at Venice with Sacro GRA, the film where he tells the story of hitherto unseen humanity that lives around the Grande Raccordo Anulare (the ring road highway) that circles Rome. It is the first time a documentary is awarded the Golden Lion. In 2016, Rosi wins the Golden Bear for Best Film at the Berlin International Festival with Fuocoammare, stories from the island of Lampedusa, about its inhabitants, fishermen and migrants. While in Italy it wins the Italian Golden Globe, receives two nomination for the David of Donatello Awards and wins a Nastro d’Argento, Fire at Sea (its international title) will bring Lampedusa, an island that is a symbol of migration, to the whole world at festivals and in movie theaters, gaining further recognition with a win at the European Film Awards and a nomination for the Oscar for Best Documentary.

Dr. Ohad Landesman is a film scholar from the Steve Tisch School of Film and Television at Tel Aviv University, who specializes in documentaries, cinema in the digital age and animation.

Rosi will hold a Q&A session after the screening of his latest film, Notturno:

To learn more about the film, buy tickets, and sign up for the event:

Gianfranco Rosi (Fire at Sea) spent three years filming in Syria, Iraq, Lebanon, and Kurdistan. His beautiful film exposes the human core shared by people and places that have been shaped by war.

Samuele, 12, plays make-believe on the tiny Italian island of Lampedusa. The sea that supports his family carries thousands of African refugees, who are trying to cross to Europe in dilapidated boats.

Life, death, and more meet and mix on the Ganges in Varanasi. Gianfranco Rosi (Fire at Sea) goes on a boat tour on the sacred river and meets them all: tourists, believers, fraudsters and innocents, the starving and the sated, merchants and priests, children, and of course, the dead.

A chilling confession, hard to watch at times, by a hired assassin who decided to retire after 20 years in a drug cartel. Since then, a quarter million dollars has been offered for his head. Winner of the 2011 Docaviv's BEST INTERNATIONAL FILM AWARD.