This documentary examines the 1948 episode of the Altalena, a ship whose fate nearly incited civil war in the newly-established State of Israel. Immediately after Israel attained statehood, Prime Minister David Ben Gurion established a national army into which several independent Jewish defense forces, small armies with their own political philosophies, were supposed to unite. However, on June 20, 1948, the Altalena arrived off Israel carrying 930 World War II refugees and a stockpile of ammunition amassed by the Irgun (one of the independent defense forces) in direct violation of Ben Gurion’s new military chain-of-command. In the midst of the ship’s landing and a cease-fire in the War of Independence, Ben Gurion gave the order to shell the ship, forcing Jews to fire on Jews and almost sparking a civil war. The late Yitzhak Rabin was one of the participants in this event and is interviewed here along with many other eye witnesses. The controversy surrounding the Altalena affair continues to reverberate in current Israeli politics.
A special screening – in the memory of Ilana Tsur

A Journey to the Past Israeli Films Panorama 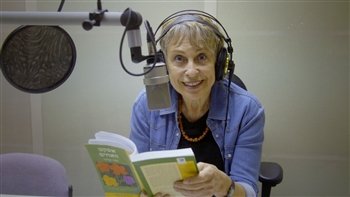