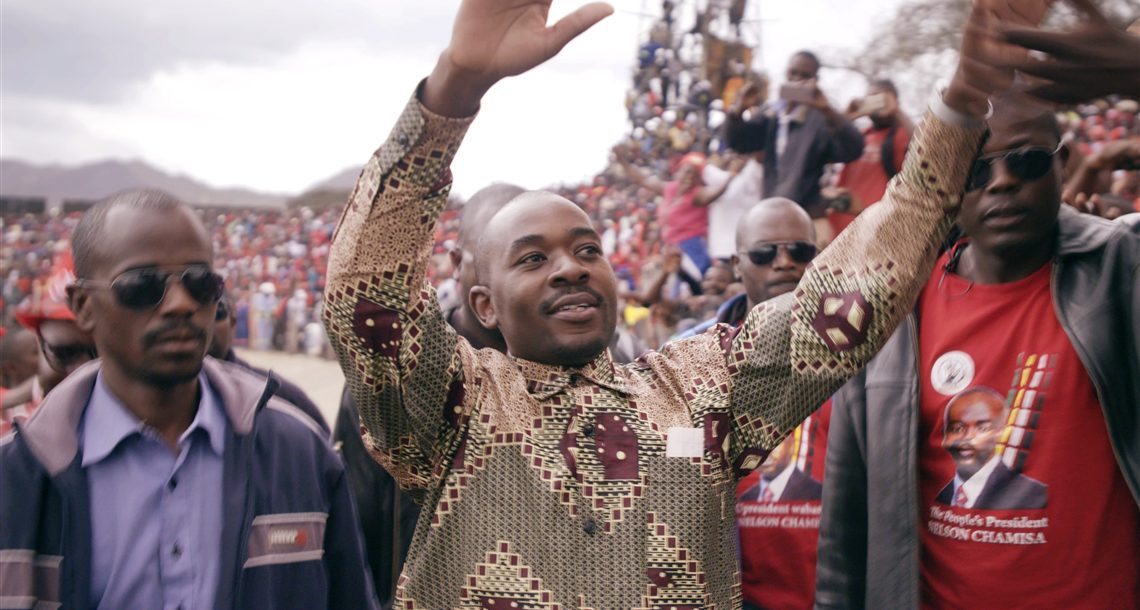 When Nelson Chamisa decided to run for the presidency of Zimbabwe, he knew he was trying to conquer a mountain none had dared climb before. The 2018 elections were supposed to be the first free, fair, and transparent democratic elections in the history of Zimbabwe, after 38 years under Robert Mugabe’s dictatorship. Running against Mugabe’s successor Emmerson Mnangagwa, Chamisa tries to reach the starving and oppressed masses with a promise to free their country from corruption. Camilla Nielsson, whose Tribeca-winner Democrats showed the writing of Zimbabwe’s constitution, follows Chamisa day and night with incredible access, capturing his brave (and dangerous) attempts to expose the fraud that takes place right before the eyes of the election committee.

Camilla Nielsson was a Fulbright Scholar at Tisch School of the Arts, New York University (NYU), and in the Dept. of Anthropology (NYU), where she studied documentary filmmaking and visual anthropology from 1997-2000. She has directed the documentary short trilogy Good Morning Afghanistan (2003), Durga (2004), and The Children of Darfur (2005), about children’s rights, and Mumbai Disconnected (2009), in the Cities on Speed series.
Since 2007, she has collaborated with Israeli video artist Yael Bartana on the trilogy We Will Be Strong in Our Weakness (Berlinale 2011, Venice Biennale 2011), and Demonstrators (2011), for the exhibition Re:Constructed Landscapes (Danish National Gallery / SMK). She was the artistic advisor for Yael Bartana’s What if Women Ruled the World opening at Manchester International Festival in July 2017, and Aarhus Kulturby in November 2017. Camilla Nielsson’s first feature documentary Democrats (2014), has screened at more than 80 film festivals, and won 20 awards and nominations, including Best Documentary at Tribeca Film Festival 2015, and Best Documentary at Nordic Panorama 2015.