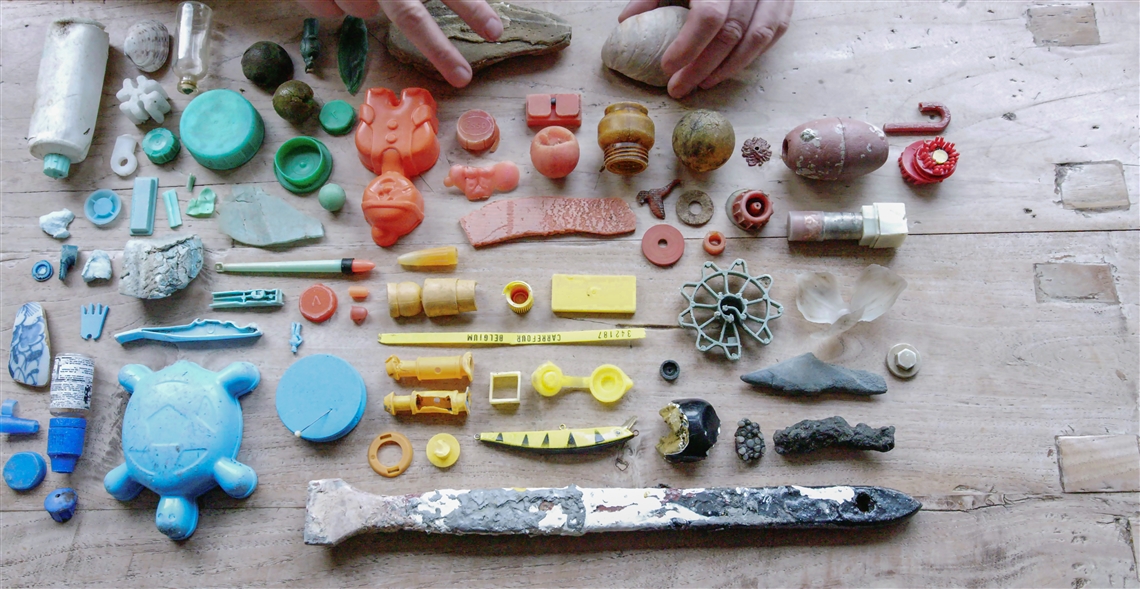 At low tide, the receding waves reveal treasures scattered among the seashells on the coastline. Cast out by the sea, these colorful, shiny, enticing finds are only a fraction of the plastic waste we throw into the ocean. In the UK, the Netherlands, and Japan, coastlines are decorated with piles of colorful flakes, toy parts, and transparent fibers. Like underwater time capsules, these objects hail from long ago, and some rode currents from distant shores half a world away. For some, this non-degradable waste is dream fuel: a Dutch archeologist makes art out of trash, a Japanese man searches for the border between life and death, and a British beachcomber hoards his finds in his home. Each in their own way, they walk the edge of the water—and imagine.

Anna Antsalo is a director and cinematographer with a degree in cinematography (Lahti Institute of Design, 2008).

She has explored the world of art both in theatre and in film. In theatre, she has worked as a set designer and projection artist. She has also created projections for musicians.