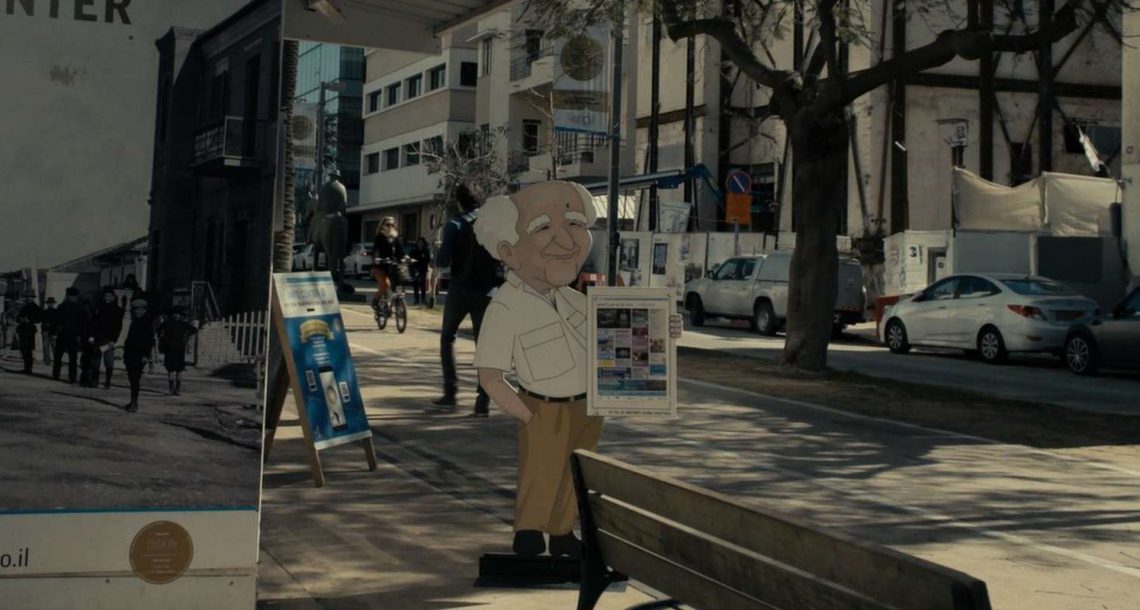 A conference in collaboration with the Van Leer Jerusalem Institute

Reflections on the current moment in the Israeli-Palestinian conflict in Israeli documentary films
Moderator: Dr Assaf David, director of the Israel in the Middle East cluster at the Van Leer Jerusalem Institute

This event will be held in Hebrew

The Jewish National Fund's Blue Boxes were part of a successful fundraising campaign to support the purchase of land in Palestine. Joseph Weits, the filmmaker's grandfather, was the man who orchestrated the acquisition and expropriation of Palestinian lands. Weits's private diaries reveal an uncomfortable truth.

Rothschild 16 is where Israel first declared its independence 73 years ago. For Palestinians, this event marks the "Nakba" ('catastrophe'). The film discusses the formation of memory surrounding a historical site with a dual meaning.

The story of the bohemian holiday village established by Rafi Nelson on the Sinai border, caught in a border conflict between Israel and Egypt. Nelson, a colorful figure, goes to defend his land. An absurd look at the conflict in the Middle East through one square kilometer of passions.

Riding With a Spy

After being convicted of espionage, ostracized by her people, and marked as a traitor, Israeli whistleblower Anat Kamm tried to rebuild her life in New York, but her past still haunts her.

An inside look at the work of Breaking the Silence, an organization of former soldiers who collect testimonies of those who served in the occupied territories. Directed by Silvina Landsmann, whose observational films examine institutions and organizations (‘Hotline’, ‘Soldier/Citizen’, ‘Post-Partum’).