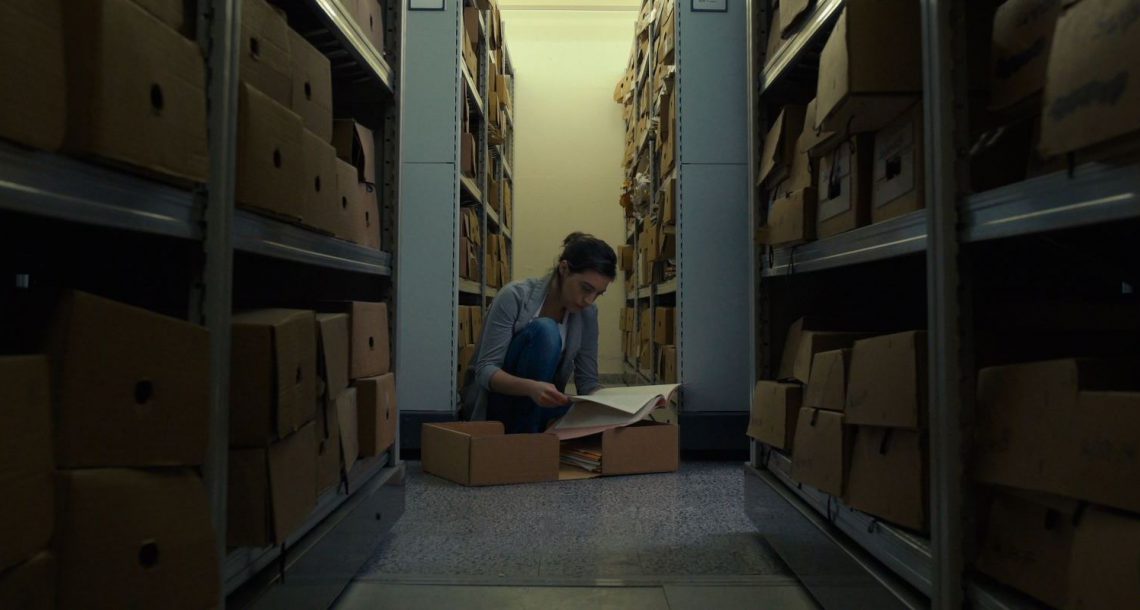 Six filmmakers whose debut films are screened at Docaviv meet to talk about their films.

This panel is held in collaboration with the

Dr. Laliv Melamed is a film and media researcher based in Frankfurt, Germany, and a member of Docaviv’s international programming team.

(Georgia), director of Taming the Garden

Salomé Jashi was born in Tbilisi, Georgia in 1981. She first studied journalism and worked as a reporter for several years. In 2005 she was awarded a British Council scholarship to study documentary filmmaking at Royal Holloway, University of London.

(Ukraine), director of This Rain Will Never Stop

Born and raised in Ukraine, she graduated Karpenko-Kary Kyiv National University of Theatre, Film and Television. In 2016, she completed her first mid-length documentary, Kholodny Yar. Intro. Her second documentary, No Obvious Signs, has won multiple awards.

(France), director of There Will Be No More Night

Eléonore Weber is an author, a theatre and a film director. Her approach until now explores both the theatre and cinema languages. She directed a short and a medium length fiction film, Temps mort and Les hommes sans gravité. She has also directed a documentary, Night Replay (Arte –La Lucarne).

(Germany), director of Her Name Was Europa

Anja Dornieden and Juan David González Monroy are filmmakers based in Berlin. They work together under the moniker OJOBOCA. Their work explores idealized manifestations of reality, moving between the experimental, narrative and documentary fields. Their latest film, Her Name Was Europa, premiered at Berlinale.

(Moldova/Belgium), director of My Uncle Tudor

Olga Lucovnicova is a Moldovan documentary filmmaker based in Belgium. In 2020 she graduated from DocNomads EMJMD in Documentary Filmmaking with her film Nanu Tudor (2020), awarded with the Golden Bear at Berlinale 71st Edition. Her filming style combines observational cinema with poetic elements.

There Will Be No More Night

Her Name Was Europa