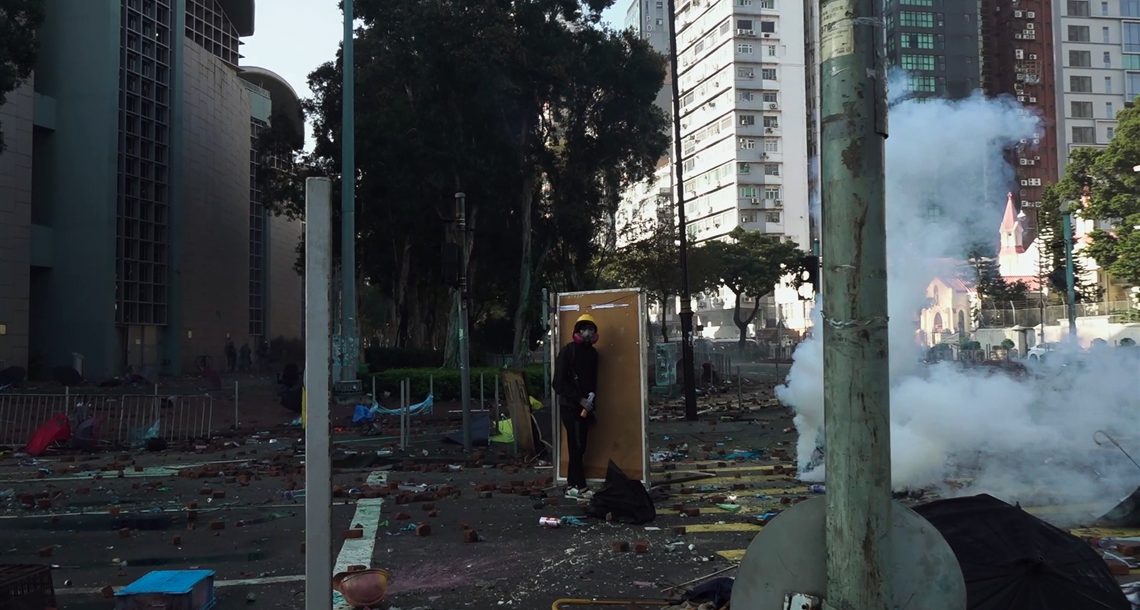 Inside the Red Brick Wall

The documentarists who covered the Hong Kong student protests did not keep their distance, did not put up an imaginary wall between themselves and their subjects—they did the exact opposite. To maximize authenticity, the Collective of Hong Kong Documentary Filmmakers (whose members understandably prefer to remain anonymous) took part in the events and stood by the protesters at the risk of suffering police violence along with them.
In 2019, the red-bricked Polytechnic University campus became the base for protests against a bill allowing the extradition of wanted individuals to China. When the police laid siege to the place, the protesters found themselves trapped inside. Trapped with them, the filmmakers followed the dramatic developments closely. Their unique access allowed them to capture the tension, the despair, the arguments, and the ever present danger—all from the very heart of the action.